The City of Good Death 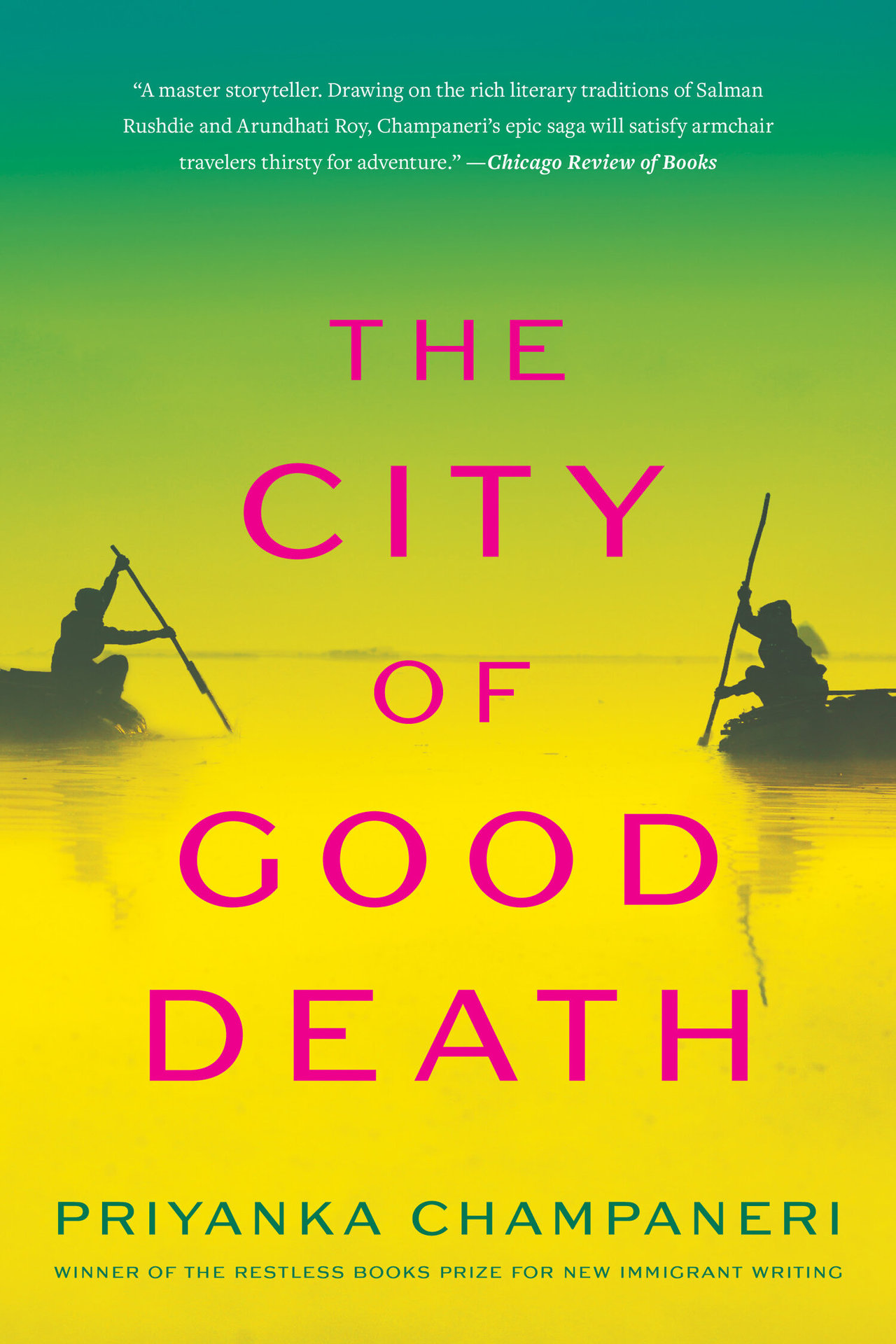 TELEGRAPH INDIA'S BOOKS THAT MADE US SAIL THROUGH 2021

SHORTLISTED FOR THE CENTER FOR FICTION'S 2021 FIRST NOVEL PRIZE

WINNER OF THE 2018 RESTLESS BOOKS PRIZE FOR NEW IMMIGRANT WRITING

Priyanka Champaneri's transcendent debut novel brings us inside India's holy city of Banaras, where the manager of a death hostel shepherds the dying who seek the release of a good death, while his own past refuses to let him go.

As the dutiful manager of a death hostel in Banaras on the banks of the Ganges, Pramesh Prasad administers to dying Hindu pilgrims who hope to be released from earthly reincarnation. He lives and works contentedly with his wife, Shobha, their young daughter, Rani, the hostel priests, his hapless but winning assistant Mohan, and the constant flow of families with their dying kin. But one day the past arrives in the form of a body pulled from the river—a man with an uncanny resemblance to Pramesh.

Called "twins" in their childhood village, he and his cousin Sagar are inseparable until Pramesh leaves to see the outside world and Sagar stays to tend the land. After Pramesh marries Shobha, defying his family's wishes, a rift opens between the cousins that he has willed himself to forget. Yet for Shobha, Sagar's reemergence casts a shadow over the life she's built for her family. Soon, an unwelcome guest takes up residence in the death hostel, the dying mysteriously continue to live, and Pramesh is forced to confront his own ideas about death, rebirth, and redemption.

Told in lush, vivid detail and with an unforgettable cast of characters, The City of Good Death is a remarkable debut novel of family and love, memory and ritual, and the ways in which we honor the living and the dead.